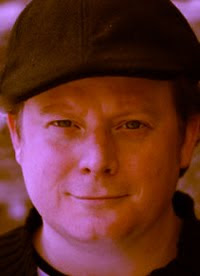 A black box theater in downtown Lynn is probably not the first place you’d think you’d find a crew taping a television pilot. But tonight at the theatre at LynnArts, you will find Sean Lynch, along with several of his comedian friends, shooting what Lynch hopes will be the pilot for a show called The Long Way.

For Lynch, who grew up in a house he says is roughly 20 blocks away from the theatre, this is his “homecoming episode.” Which is part of the reason why a portion of the proceeds from the $15 cover charge will go to a performing arts scholarship for students in Lynn. “There was no theater like this when I was a kid so I want to help,” he says.

The show is “about the strange life of working comics,” says Lynch. Joining Lynch will be Pat O’Shea, Sean Donnelly, Mark Normand, Jordan Carlos, and Scott Wallace. Lynch, who now lives in New York City, counts them all as friends, but chose them specifically for to spice up the narrative. “[They are] five comics I respect who have interesting back stories, flaws, and aspirations. They are also from wildly different backgrounds, incomes, and successes.”

Documentary shows can be a messy affair sometimes, capturing people from unflattering angles or making stupid decisions. But O’Shea, who is also currently based out of New York City, isn’t worried about protecting his private life. “I don't mind people following me with cameras, as long as I'm not too drunk and my pants are still on,” he says. “Sounds interesting, although i'd like it to stay real, and not have everyone aping in front of the camera.”

The show will apparently show each comedian in their home town, with most of that shooting done already. Donnelly was born in Long Island, and Carlos (also known as Stephen Colbert’s black friend Alan from The Colbert Report) in Brooklyn. O’Shea was born in East Milton, Ma, and had his own homecoming of sorts last January with his CD release party at Mottley’s Comedy Club.

There is still a bit of filming left to do, and if the pilot gets picked up, he says it might surface sometime in June. “The pilot will take two months to complete in post,” he says. “We have two more shows to do in New Orleans (Mark's home) and Annapolis (Scott's home).”

Enjoyed the post. This blog was worth bookmarking but this is going on Delicious now!