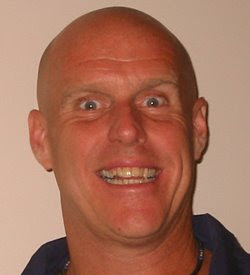 Kevin Knox was supposed to be dead five years ago. That’s when he was diagnosed with cancer and grim prospects. But Knox has been fighting an unconventional battle with his cancer, through diet and supplements, and with the help of friends like the comics who will play a benefit for him tonight at Giggles Comedy Club.

When I spoke with Knox Monday, he was caught in a snow storm trying to find a restaurant that served organic food. After his diagnosis, a lot of people, he says, thought he was insane to eschew the standard hospital treatment for a more homeopathic treatment of fresh organic food, supplements, natural oils and the like. “[That] didn’t shake me at all because I’ve been insane all my life,” he says. “This didn’t throw me off.”

Knox is grateful for the extra time and for the friends who have been essential to his fight. “Because of my friends, because of the people who’ve been helping me out, I’ve been able to fight this illness my way,” he says. “I wanted to be outside the box for this. My parents, my sister all passed away from cancer and they fought it conventionally and they died these horrible deaths. I was supposed to be dead five years ago – February 12 is my five year anniversary. I’m still alive, I was only supposed live for a few months. The alternative stuff does work. People don’t know that or understand it, but it really does.”

Twelve weeks ago, Knox had a setback when doctors discovered what Knox describes as a grapefruit-sized mass in his abdomen. His surgeon was able to remove it, according to Knox, without doing much harm. “The surgeon had been doing to 26 years, and he said, ‘In 26 years, I’ve never seen what happened happen. When we cut into your abdomen it just basically fell out onto the table. It was totally encapsulated.’ He says, I’ve never seen that. So now he wants me to go to Mass General to have my immune system studied. So we’re doing something right.”

And while Knox has bounced back quickly, working out and finally getting back to doing some shows, he was out of work for several week, which is why tonight’s benefit is so important. “My friends realize that fighting cancer my way, none of it’s covered,” he says. “I have incredible insurance that I never get to use because of how I’m fighting it.”

If that seems like a lot of names for one show, Mike Clarke points out that there will be even more comics in the audience. “Kevin is the most charitable guy there is so everybody’s just more than happy to give back to him,” he says. “A lot of guys are coming, they might not even be able to get on, but they’re coming to support the cause.”

Knox is one of the grand characters in the Boston scene, the only act with enough energy to have followed Dane Cook’s frenetic act on the Comics Come Home bill a decade ago. His every movement and statement onstage is played like he’s trying to reach the back row of a stadium crowd, even when he’s playing his regular Monday night gig in an intimate room like the Vault.

His reaction to the help and support he has received is typically oversized. “Everybody’s been so amazing to me, especially Mike Clarke and Giggles,” he says. “All the comics have just been so supportive. It’s really been amazing. All the fans, people have been sending me love and cards trying to keep my sorry ass alive. I can’t believe it.”

Kevin Knox will also play Giggles Friday with Tony V. and Dan Miller and Saturday with Artie Januario and Dan Miller.
Posted by Unknown at 10:11 AM