Flashback: Before Cheech and Chong Lit Up America, They Lit Up Paul's Mall in Boston 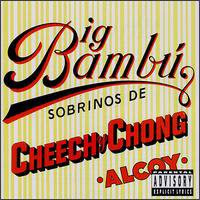 Cheech and Chong play the Orpheum tonight and tomorrow on their “Light Up America” tour, the first time they’ve played the road in 27 years. The ticket price to see the duo’s greatest hits live is $39.50 to $59.50, but Fred Taylor remembers when you could see Cheech and Chong in Boston as a bit cheaper. Taylor owned Paul’s Mall for 15 years in the 60s and 70s, an eclectic club that was once a hotbed for jazz and comedy. He remembers Cheech and Chong recording parts of their album Big Bambu at Pall’s Mall.

When I caught up with Cheech Marin and Tommy Chong in October backstage at a gig in New Hampshire, they remembered one specific gig with some technical problems. “We were there when the toilet had overflowed right above the stage,” says Chong. “And the plaster was coming down in the middle of our act.”

They also remember some of the legendary performers they saw onstage at the Paul’s Mall/Jazz Workshop complex. “I remember walking through there one night and Charlie Mingus was on one stage playing away,” says Chong. “I forget who was on the other.”

“Oh yeah! And then we were in the back.”

I wrote more about Cheech and Chong for the Boston Globe’s Sunday edition.
Posted by Unknown at 12:39 AM