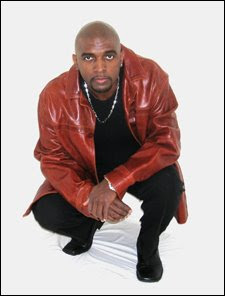 Give Corey Manning credit for making the most out of his opportunities, for the benefit of local comedy and the community. This weekend, he is on the road with Vanessa Fraction (HBO’s Def Comedy Jam, Barbershop 2) and Eddie Bryant (P. Diddy’s Bad Boys of Comedy) in Maryland. All through the week, he’ll be playing shows with them in the New England area, including a Monday night benefit for the Lotus Foundation at the Comedy Studio also featuring Chris Tabb, Just Al, Big Moe, Lady Zain, and DJ Reason.

Fraction and Bryant are up-and-coming headliners that probably wouldn’t have a ready place to play in Boston if Manning hadn’t created the opportunity. He met both of them a couple of years ago at the Bay Area Comedy Festival, and has been in touch with them ever since trying to work out a schedule to bring them to Boston and to work with them on the road.

Manning is genuinely impressed with both comics, especially Fraction. (He’ll also join the two for shows at Catch a Rising Star in Providence, R.I. on Tuesday and Macumba’s in Mattapan on Thursday). “Vanessa Fraction is the next Monique, honestly,” he says. “I’m really honored to be on a show with her, because she has that strong a potential.”

Manning started out working Dick’s Beantown Comedy Vault in 2002 not long after moving to Boston from North Carolina in 2001. He hosted his own nights at the Vault and then moved on to the Emerald Isle with Tabb to co-host Big Funny Sundays. Now he books his own shows and co-hosts Wake Up Live on Touch 106.1 FM weekdays from 6 AM to 7 AM with Andrea “Drea” Baptiste, and works with local schools, creating after-school programs with his Laugh and Learn. (According to Manning, the Lotus Foundation, which Monday’s show benefits, is the fiscal agent for Laugh and Learn).

“We’re going to different schools just to speak to the students about different things like pursing your passions, respect, thinking about their future, and how what they did at the elementary age ties into what they do now,” says Manning.

For more detailed information and tickets, call Manning at (617)851-5246 or visit www.CoreyManning.com.
Posted by Unknown at 2:05 AM