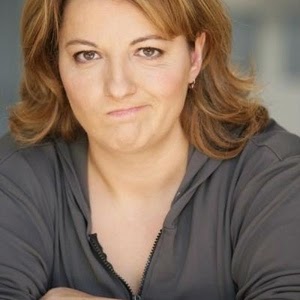 Jackie Kashian is a comedian you should see. And lucky you, she’s in town this week as part of the Women In Comedy Festival. This is the first of a series of Q&As I’ll be posting with performers and organizers of the WICF, one of the best festivals in town. Kashian has appeared on “Conan” and has her own podcast, “The Dork Forest,” which she will be recording live at Laugh Boston Saturday night. In case that’s not enough geek cred for you, she also named her latest special “This Will Make An Excellent Horcrux.” She will be hosting the Geek Stand Up Showcase Friday, also at Laugh Boston. Being a “dork” is a big part of her personality, but is only part of her comedy. She’s got a sarcastic, common sense wit and a nice touch with a personal story.

You've played the Women In Comedy Festival before. What are your  thoughts on the festival? What made you come back?

I like the people involved. That's usually key. Not even usually. Heh. I love Boston and I never get to come here so this is a great treat. I worked in Provincetown for three summers (or two, I was very drunk) so I love Massachusetts.

When did you first self-identify as a dork?

After I wrote the bit about "how deep in the dork forest do you have to go?" It was on my half-hour special on Comedy Central. Previously, others had labeled me. I just started celebrating it.

Is there a difference in your mind between "dorks," "nerds," and "geeks?"

People think so. I think it's all mixed up. Enthusiasm, a lot of (what some might consider) extraneous information about what were considered non mainstream interests. Turns out, though, that even jocks and cheerleaders enjoy comic books and video games. So even the line is blurry. The Dork Forest Podcast adds to that. I let almost anything be a dorkdom. Baseball, the Beatles and knitting aren't traditional geek topics ... But people dork out hard on those and a hundred other things. It's so great.

Do you know any of the other comics on the "Geeks Stand Up Showcase?"

I've met some of 'em. Maggie Faris is from Minneapolis and I'm a Minneapolis ...so I know her pretty well! I'm looking forward, of course, to seeing everyone's sets!

Did growing up in Milwaukee affect your sense of humor at all?

Oh yes. Wisconsin is this weird mixture of progressive politics and an impatience with a (real or imagined) lack of frugality and common sense. And every time there's contradiction, in life, there's an opportunity for comedy. I love Wisconsin but the disconnect is glaring sometimes and it makes me laugh.

Do you find there are regional sensibilities you have to take into account when you travel?

Well. Probably. But, the way I think of it, is that everyone gets cable. All audiences can get all jokes. There is, sometimes, a purposeful balk at getting some things. Like, initially, you may not get the reference because it's not regional, but then you get mad that they didn't adapt it. I felt that, some, in Australia. They get enough US television to get every reference but they can get annoyed that you didn't even try to pronounce aluminum "correctly." People everywhere love a local reference though.

In your latest special, you addressed some stand-up stereotypes, especially some punchlines you often hear from male comics - sex and money in relation to marriage, spouses not listening to each other, and driving issues, etc. How often do you see what you'd consider stereotypical material from comedians? Does it split along gender lines?

It spills over into everywhere land. That bit isn't (the common trope) that "men aren't funny." I know a lot of funny men and, really, the media should stop encouraging all the conversations. Headlines that are all "Wonder Woman movie makes us ask, are movies about male superheroes just not viable?" are gratuitous. I'm sorry, what was the question?

Oh. I think all comics write about the same things. The trick is to make it unique. And, in my experience,the only way to do that is to make it personal. I had lunch with a friend yesterday and he said, "the new comics today are so great. They are STARTING from the inside out." There are plenty of people doing very funny observational stuff, silly, smart twisty observational. So great as well.

A lot of new comics are still trying to get out of the first couple years trap. In the first couple years of doing standup, you’re often just looking for any response. So hacky stuff is inevitable. I, myself, in the first year of stand-up used to do a little gem about how I thought Batman and Robin might be gay! I know! Hilarious. I believe the punchline revolved around the bat pole.

There are, also, comics I don't like. Doesn't mean someone doesn't love their work. And I've been accused of not “getting” it. That is very possible. Some comedy just wasn't written for me. And I find hate comedy hacky. If someone's been doing stand-up for more than, let's say, four years and all they can do is rage on their husband, wife, ex, men in general, women in general, race or religion...I'm annoyed. Mostly I'm bored, but, when I am forced into seeing it, I'm annoyed.

Comedy, whether or not anyone doing it realizes, tends to teach people about things. It can shed a light on rape or incest or hot pockets, or it justify your worst thoughts about life and humanity. It can keep you scared or it can free you up. I love the comedy that says "yes, I, too, have weird thoughts that I act on (eating at McDonalds) and don't act on (my daughter’s friends are really good looking)." And really personal stuff, “I have gone to prostitutes, I have mental illness, I masturbate all the time,” those things can really brighten a life in the audience.

I'm being too philosophical, perhaps. I know comedy isn't like being a doctor or priest or social worker or city councilman...but I tend to think that every job can be done to better the human experience. Even if it's shouty, wiggly comedy to make you giggle.

What's next for you once the festival is over?

I am on tour a lot (Scottsdale, Tacoma, Dallas A-Kon, Wyoming). I might play a guy's mom in a pilot pitch thing. I'm recording a lot of Dork Forest podcasts. I might lie down for a nap in late June.
Posted by Unknown at 5:03 PM

Your blog designing good. I wish to You for Guest posting on my blog https://arrow-stories.blogspot.in. Thank You.

Your blog designing good. I wish to You for Guest posting on my blog https://arrow-stories.blogspot.in. Thank You.