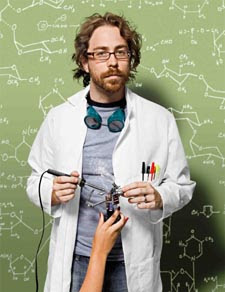 Writing a song a week is no easy task. Writing a good song, one you’re willing to release to the public, one that isn’t about the pencils on your desk or whatever is directly outside of your window even if it’s jus the neighborhood cat, is even harder. But that’s how Yale graduate Jonathan Coulton made the transition from computer programmer to king of the geek musicians and an Internet sensation. Coulton comes to the Paradise Saturday in support of his new DVD/CD Best. Concert. Ever. I caught up with him by e-mail this week.

What was the initial impulse to write your own music? Was it something you were doing frequently before you thought of the ³song a week² idea?

I've been writing music since I was in high school. And before that I always listened to music with an ear to how it was written - I used to listen to certain songs over and over trying to figure out how they got the magic stuff in there that made it awesome. So I wrote stuff all through high school and college and into my 20s and 30s before I ever started doing it professionally. I can't listen to those now, I've learned so much about songwriting since then.

How did you arrive on a way to support yourself with the music?

By luck mostly - I did Thing a Week for a year, and by the end of it I had attracted enough attention and fans to be profitable, and things have just grown from there. Putting my music out there for free certainly helped get it into people's hands and heads, and I've always been very clear about the fact that I hoped people would buy it and make it possible for me to make a living from it.

Do you get a lot of people downloading for free still? Was that tough to compete with, selling CDs and downloads?

Not really. I've found that competing with free actually works pretty well. I don't know how all the numbers work, but you can bet that if there wasn't so much access to free stuff nobody would ever have heard of me. And a lot of people tell me about how they downloaded it all for free and then later came back to give me money because they liked it so much. In a way, that's more meaningful than when people buy it the first time around.

Did you write any more traditional or non-geek songs before you found your groove writing about programmers and zombies? And do you have a song about zombie programmers?

No song about zombie programmers yet. And yes, I've written quite a few non geeky songs. I never really decide I'm going to write this thing or that thing, I just kind of go with whatever pops into my head. 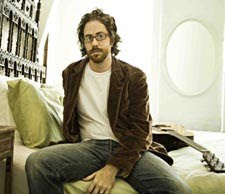 After that yearlong burst of production, writing a song a week for 52 weeks, did you lay off writing or was it hard to stop?

It was very easy to stop, I was very tired. And it's been hard to pick up the pace again, mostly because I've become so busy with touring and the daily business stuff that needs to get done. I'm not sure I'll ever have the kind of luxury I had when I started Thing a Week - all the time in the world and nothing to lose.

Were you surprised to see so many home made videos for your songs, like the ³Re: Your Brains² videos with HALO characters floating around?

Yes, I'm continually delighted to see people re-using the music in various ways. There's so much creative energy out there, it's just amazing to see how much time people spend making things, and very satisfying to be a part of it.

Has anyone covered your music?

Yes, there have been a few. A band called We Fight Dragons recently covered The Future Soon and I thought they did a fantastic job of it.

How did you decide you wanted to do a live DVD/CD?

I've spent the last couple of years learning how to do a live show, and learning how to make a lot of these songs work in that setting.
It's often a very different feel from the recorded version, and having that interplay between me and an audience is a lot of fun. So it's nice to have this artifact that represents all the stuff that I've learned.

How did you choose the venue for the live recording? Wouldn¹t it have been easier to record closer to home in New York?

San Francisco has always had really fun exuberant crowds, and the Great American Music Hall is a beautiful venue that always sounds fantastic. It just felt like the right place to do it.

Did you find you had a big following with MIT and the college scene in Boston?

I do well anywhere there's a tech community, and Boston is no exception. I'm playing there in a couple of nights, and I know they're going to be loaded for bear.

What are your plans for after the current tour is over?

I don't do long trips, just these short weekend things throughout the year. As a result, I'm sort of always touring - as far as I can tell, the current tour never ends...
Posted by Unknown at 2:15 PM