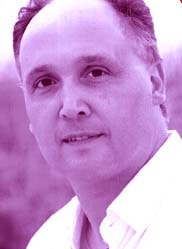 If you enjoy Brad Mastrangelo, you have all sorts of options this weekend. You can see him do a full headlining set at Giggles on Route 1 on tonight or Saturday, you could see him on a special Valentine’s Day bill at Giggles on Sunday with Tony V headlining and featuring Mark Riley and Johnny Pizzi.

Or, if you’re spending the weekend indoors cowering at the possibility of another devastating snow storm, you can order his DVD, It Just Doesn’t Matter. Mastrangelo self-produced the DVD, shot at Tupelo Music Hall in Derry, NH a little over a year ago. I caught up with Mastrangelo to ask a few questions about the DVD and playing on Valentine’s Day.

What made you decide to produce a DVD?

I actually made a DVD and a CD. I wanted the DVD because I tend to make a lot of facial expressions because a lot of my comedy is storytelling and like a true Italian, it comes out in my expressions.

How did you choose Tupelo Music Hall for it?

I had done a show at The Tupelo once before and it was such a great place. It was intimate and the crowds were great. The owner had just put about 200k into the sound system and lighting because they have a lot of bands there also. People had been asking me to make a DVD for a while but I never really put much thought into it until I worked at this place one time and I new this was the perfect place.

How did you find the production company?

I found the production company up in NH I looked at some of the work they had done and liked it. We did a two camera shoot from different angles and I was very happy with the finished product. Plus they have a full editing studio which I have used to edit different parts of the show to send out. I was just about to get my date for the Tonight Show with Conan and then all hell broke loose. The Jimmy Fallon people have it now and so far they say they like it.

Was it tougher to concentrate on the comedy when you're worrying about all of these other elements?

It wasn't that tough to worry about comedy wile taping because I just wanted to make a good one hour one man show type of thing so fans of my comedy could just watch it. When you are taping or something specific like a TV show it is defiantly more challenging. For this show I just wanted to let it rip and be as natural as I could be.

How has it been selling for you?

The DVD and CD have been selling very well. When I bring them to shows I sell a lot of them plus many people have been going to my website www.bradmastrangelo.com and buying them from there.

Any material in particular you've written for Valentine's Day weekend?

Valentine's Day is great for me because I have a lot of material about marriage that I love to bring out and since there are many couples in the crowd it goes very well. The whole idea of Cupid shooting an arrow at someone to make you fall in love with them is comical to me, today he would have been classified as a stalker.

How big an influence was Lenny Clarke? There's a certain uniquely Boston style for which he is the best example, and you fall very much in that vein.

Me and Lenny have become very good friends over the past five years but the funny thing is I had never seen Lenny do stand up until the time we met. He has been so helpful to me and we often work together doing various fundraisers. Him and his brother Mike, who has also been very helpful to me were a big reason that I was invited to do Comics Come Home with Denis Leary.
Posted by Unknown at 12:09 AM