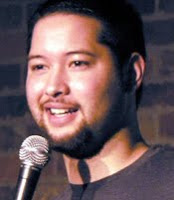 Every month, we here at Boston Comedy ask the CIR the same questions (but they aren’t made up by some pretentious dead dramatist – I came up with the question);

Up this month is Jason Marcus, whose one-sentence bio on his Web site reads, “I was born into a middle class family with a Hawaiian father and white mother...and then there were jokes.” He has been gigging outside of Boston the past couple of years, winning comedy contests in the Detroit International Comedy Festival and at Catch A Rising Star.

Here’s a quick look at Marcus, including a video from the first week of his residency. Catch him later on to see what’s changed.

A few times a month, Rick Jenkins is always really cool about giving me dates when I'm not on the road.

I'm at Mottley’s, Nicks and Catch a Rising Star a lot.

There have been so many local comics that have influenced me for different reasons Kevin Knox, Shane Mauss, Ken Reid, Paul D'Angelo, Tom Dustin, Rob "Roadsteamer" Potylo. There's a lot of really great comics/performers that I looked up to in Boston, way too many to name them all.

Kevin Knox would go out every night and SMASH a room of 14drunk people on a Monday night with the same high level of energy as he would a packed house at a great club on a Saturday and he went above and beyond to teach me the things about comedy that you don’t learn on stage. Shane Mauss was huge for me too because he is proof that if you're a good guy and you work hard you can make it, he’s also an amazing comic.

What's the average number of gigs you've played in a month before this?
I usually try to get on stage almost every night, especially if I'm trying to get in shape for a festival or a road gig that I've never done before so I don’t look too bad.

I asked around to see what my favorite comics did when they had their residency, just to compare and see what worked. From that, I've been working out new material on Wednesday and Sunday doing a mix of old and new on Tuesday and Thursday and trying to beat up the perfect tight seven on Friday & Saturday.

Hopefully, a solid tape that I can submit to festivals, more minutes of new material and cirrhosis of the liver from hanging out with Rick and the all the comics on the second floor of the Hong Kong.
Posted by Unknown at 12:00 PM 7 comments

The BC Q&A - Lamont Price 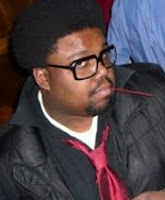 Lamont Price is not a quiet comic. He doesn’t scream or yell, but you definitely know when he’s onstage, riffing on Boston’s racial make-up of where Ben Franklin got the idea to fly a kite in a lightning storm. He commands a stage, and the audience for that matter.

But Price has quietly become one of Boston’s best comics. There was no one breakthrough performance, no media throng. He did it the way it’s supposed to be done, working his ass off in the clubs. This year, the Just For Laughs people noticed, and brought Price to Montreal to represent Boston comedy.

I caught up with him by e-mail to talk about the show and Just For Laughs.

What were your thoughts when you found out you were going to Just for Laughs?

I was ecstatic about hearing I was invited to Just for Laughs as its the premier comedy fest in the world and not everyone is allowed to go. So, it was an extreme honor.

What shows were you on?

I, along with Bethany Van Delft and Joe List were representing Boston in Jeff Singers brand new "Comedy Leagues" contest, where we squared off against, Toronto, Montreal and NYC (getting edged out by NYC questionably in the Final)

How did it compare to your expectations?

The show I was on went great. The festival itself was absolutely surreal to me. I'm in a hotel with over 100 of the funniest comedians in the world. And I'm signing autographs and everything. When Paul Provenza walks up to you and says you’re hilarious, you've won. Period.

Are you playing much outside of Boston these days?

Within the past year I've been getting out of Boston to perform a ton. Mostly East Coast stuff, but, as with The Aspen Rooftop Comedy Festival, I've been venturing into the Midwest more. It's good to see how other people live as a way to help your comedic creativity.

These past few years, you've gotten really strong. Was there a turning point where you felt you really hit your stride?

I honestly think I’ve been really strong for much longer than that, it's just nobody seemed to care. Now that I've decided to do contests and more fests, people are like "Wow, you're taking it to that next level". My attitude is I've always been really good, just not as visible as maybe I should be

Where does "Rude Boyz" come from?

Rude Boyz is something I thought up years ago as a click for myself and some of my closest friends in comedy. Kind of an outspoken group of comics (but if you're a comic, I guess you are outspoken already, LOL).

How do you choose the comics on the bill?

This show started out as a benefit for the late great Kevin Knox and I wanted to have comics on the show that I was friends with, It always makes for a better show when you get along with everybody on the show. It creates a fun, carefree atmosphere. So I normally book people I have a cool relationship with. Nothing too difficult. I just want a fun vibe.

Anyone new on the roster this week you're looking forward to seeing?

The only comics on this roster that havn't done the show yet are Kristin Seltman, who's fairly new on the scene, but she's gotta very good sense of humor and I cant wait to see how she does and Jono Zalay, who's a fast rising star on the Boston scene and I've tried to have him before, but there was always a schedule mix-up of some sort.

As far as some of the returning comics, I'm looking forward to seeing Josh Gondelman, as we were in Aspen together and Bethany Van Delft, who I was in Montreal with. Sam Jackson, a NYC comic is another I'm looking forward to, as I haven't seen him in awhile. Truth is, the lineup is bananas. I can't wait to see everyone. Ha ha, good save by me ! Way to try to trap me with a question, Zaino! LMAO

For those who haven't been, what kind of a comedy room is the Sweetwater?

Sweetwater is a fun room to play in. They are very accommodating of myself and fellow comics. It's an intimate setting, so, as a performer, you're right on top of the crowd. That usually helps you connect with the audience better, adding to the enjoyment of the show.

When do you think the next Sweetwater gig will be?

Ahhhhhhhhh, the NEXT Sweetwater show? I honestly have zero idea. This is the first one I've done since December. Do I continue it (its a ton of work), do I hand to someone else (DJ Reason, Daniella Capolino? Who knows, but for now, I'm concentrating on having a sick August show. Ultimately, the show is fun enough that even if I can't do it as regularly as I did in the past, I know eventually I will bring it back to Sweetwater, I'm just not sure when.
Posted by Unknown at 12:14 AM 1 comments

Email ThisBlogThis!Share to TwitterShare to FacebookShare to Pinterest
Labels: Just For Laughs, Lamont Price, Rude Boyz, The BC Q and A 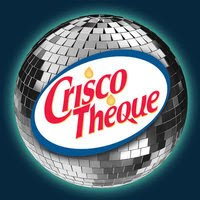 It’s hard to have a short conversation with Mehran. He’s engaging, intelligent, and provocative – three things that foster interesting tangents, and also make him a great comic.

I showed up at the house of one of Mehran’s friends basically to talk to him on camera about Criscoteque, the stand-up comedy/rave he’s hosting at Club Oberon Friday at10:30. He’s got a full bill of performers – comics Chris Fleming, Sarah Heggan, Ken Reid, Bethany Van Delft, and Erin Judge, music from DJ Caseroc and visual effects Serial Krusher, and Sugar Dish from the burlesque troupe Babes in Boinkland.

For the whole conversation, just watch the videos in order. For Criscoteque info, and a sneak peek at Mehran’s custom comedy rave outfit, skip to Part VII.