We’ve come once again to the third Thursday of the month, which means it’s Discount Variety time. This month, the show features the music of Dan Margarita and the comedy of Josh Gondelman. You may know Margarita better as a comedian, but he is also a songwriter, working on a new album called Kill the Messenger. Gondelman is a regular at the Comedy Studio and hosts the open mic at Sally O’Brien’s every Mondays, where some of Boston’s best comics come for a workout.

The show starts at 8PM at the CinemaSalem Cafe in Salem. For mor einfo, click the Discount Variety button in the sidebar to the right. 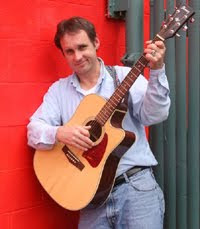 After a career in stand-up comedy, working at clubs and colleges across the nation with such noted comedians as Judy Tenuta, Lenny Clarke, Steve Sweeney, Jimmy Tingle and Barry Crimmins, Dan Margarita has turned his focus to music. His forthcoming CD Kill The Messenger, contains songs with humor, personal loss and social commentary.


How long have you been playing in Boston?

I haven’t been playing around town for all that long.

Generally speaking, I prefer to play the smaller, intimate venues, where I can really be heard and get my stuff across to the audience.

Locally, I’d have to say my favorite comic is Mike Donovan, but there’s an awful lot of good ones around here. Nationally, I was most influenced by the young George Carlin. I have to admit, I thought he was funnier when he was still doing drugs.

Best comedy show I’ve ever seen... just too many to even consider. 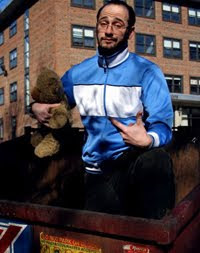 An unabashed dork, Josh Gondelman consistently earns the right to hang out with the cool kids by making them laugh until they snort milk out their noses. Josh blends a sharp and quirky sense of humor with a genuine good nature, the result of which is a hilarious and accessible blend of “some holds barred” comedy. Josh is the comedian that your grandmother would love, even if she didn’t get the jokes. Josh just finished his degree in English and Creative Writing at Brandeis University, and he performs standup, sketch, and improv comedy at clubs, colleges, and theaters all over the country. Josh Gondelman. He can talk smart without sounding smarmy. He can talk family without sounding familiar. And he can talk sex without being sexy. Wait. Scratch that last one. He’s very sexy. Just don’t tell grandma.

I started out at the open mic at Dick Doherty's Comedy Vault about five years ago. My grandfather was very ill at the time, and every week I took a bus into the city from Brandeis where I was in school to visit him at Mass General, and then I went one stop over to Park Street to perform in the theater district. Too much information? That will probably be the theme of this interview.

Over the past year, I've really come to value any place where the audience comes to listen and enjoy rather than judge or disapprove. Little theaters are great for that. I did a hugely fun show out in San Francisco a few months ago at the Darkroom Theater in the Mission (run by Pat Bulger, a super funny Boston transplant). The show had all sorts of things going on, music and standup and video, and the crowd came in ready to roll with it.

The Comedy Studio in Harvard Square has the vibe a lot, too. The crowd expects to enjoy themselves, and it makes performing so much more pleasurable than when you have to deal with lots of crossed arms or big chatty parties. Mottley's by Fanuiel Hall is like that, too. They book the great old-school Boston headliners like Tony V, and they also are very open-minded about up-and-coming headliners like Myq Kaplan and Joe List. It's very supportive and fun to play there. Non-traditional standup venues like ImprovBoston and the Anderson Comedy shows at the Great Scott area great because of how loose things can be.

Too much again? Good. I'm keeping on task.

Locally, I feel like I've got to plug The Grownup Noise until they are famous. They're such talented musicians, and as a group their sound is so unique but not in a way that alienates listeners. It's like: "Oh, yeah! Of course eventually a band should have decided to sound like this."

Also, the Brendan Boogie Band recently put out an EP called Disposable Pop that sounds like Weezer back when Weezer sounded like Weezer.

Plus there are some really great music/comedy people in Boston should be/are aware of. Zach Sherwin (MC Mr. Napkins) writes a perfect rap every seven seconds or something. And Robby Roadsteamer is worth watching 100% of the times he gets onstage.

Nationally, I've been listening to The Hold Steady on a near constant basis. If in an alternate universe, Bruce Springsteen grew up in the 80's and 90's with an awareness that Bruce Springsteen had already existed, he would be the front man for The Hold Steady. That doesn't make any sense, but they're awesome. Plus, I look like a bearded, less out-of-shape version of their singer. So they've got that going for them. Or do I have that going for me? Probably neither.

About six years ago I saw Cee-Lo Green (of Gnarles Barkley), Lauryn Hill (accoustic), Jurassic 5, The Roots, and Outkast at the Tweeter Center, which is now the Comcast Center, and was formerly Great Woods. The Roots were unbelievable. Their albums are very good, but their live show is so much fun. They're the only rap group who can really get away with cover songs, which I think is one key. And they give their original songs so much fullness and energy in concert. And, as Jimmy Fallon has shown us, they're really funny. I get jealous sometimes, when I see a really funny musician. I'm like: "Who are you? Leonardo DaVinci? Stick to one talent! You're making me look very bad!"
Posted by Unknown at 12:24 AM