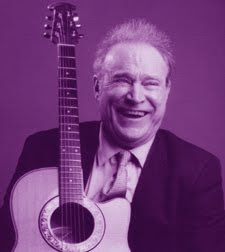 A month ago, Chance Langton would have been hard pressed to tell you about the Just Plain Folks Awards. Now, with his album I’m Better Than Them nominated for the music organizations Comedy Album award (along with fellow Boston comedians Jim Colliton’s Stories from the Suburbs and Paul Nardizzi’s Sucking A Cow’s Udder During A Solar Eclipse), Langton is heading down to Nashville for the Just Plain Folks Music Awards.

“I didn’t know it was happening,” he says. “In fact, I got the e-mail from Just Plain Folks about three weeks ago, I’m going to the ceremony in Nashville next week.” Langton uses CDBaby.com for his distribution, and they submitted their comedy CDs to the group.

So what does it mean to Langton to be nominated? “I would say at least a pat on the back,” he says. “The good part is that I know they screened a lot of CDs before they picked it so I’m just honored and flattered to be nominated. We shall see what happens.”

JPF describes itself as “the world’s largest grassroots music organization” and boasts it “the world’s largest independent music awards.” Langton will appear at the ceremony, but declined to perform. “They asked me to,” he says, “but they’ve got a lot of musicians performing and I didn’t think it would be the right setting.”

In other Chance news, Langton is also in the new indie film Boston Psychiatric starring Rich Gustus, Raj Jaiswal, and Harry Gordon, which premiered at the Coolidge Corner Theatre last week. Langton was impressed with the final product.

“I thought the film far exceeded expectations to me, because when you’re making a film, you can’t quite see what’s going on,” he says. “But they really put it together well. It moves right along. I think it has great potential as a sitcom.”
Posted by Unknown at 12:50 AM