The BC Q&A: Kelly MacFarland 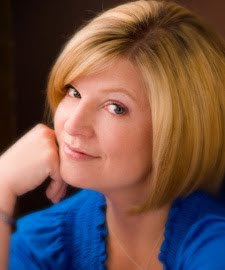 Kelly MacFarland is back in Boston after having won Best of Fest at the Rooftop Comedy Festival in Aspen. She'll be gigging around town this summer, headlining at ImprovBoston tomorrow night with Maria Ciampa and Dana Jay Bein and playing The Comedy Studio next week, but if you don't see her for a while after that, she'd probably hunkering down over her new netbook to finish her first book, a compilation of personal essays she's hoping to finish this summer. We spoke briefly by phone earlier this week.

Are you sort of huddled in these days working on the book, or do you still get out to play frequently?

No, I’m still out playing a lot. I was actually just in Aspen at the Rooftop Comedy Festival a couple of weeks ago.

Thanks! I was voted Best of the Fest, which was awesome. So I’m still out working. But I’m trying to take the summer to really focus on the book. I’m definitely out playing, I’m recording my CD at the end of August at Mottley’s, on August 27 and 28. I’m really excited about that. And I’m doing a couple of things for the Plymouth Rock Comedy Festival next week. I’m still out there and working. And I’m slotted to do a couple of USO tours in the fall.

How is the book coming?

The book’s coming okay. It’s a little bit of a process, but it’s going well.

What is your premise for the book?

It’s a collection of short stories based on my stand-up and my life.

Are they non-fiction stories?

With “mostly” in parenthesis then?

Yes. All facts will be true. I’m trying to think, the last one I just wrote, it’s all true. So it really happened.

What made you decide to go that route?

I was approached by literary agents last winter, and I’m a storyteller, that’s kind of my thing, and I just thought it would be really cool to see it all in print. And they did too, so we decided to work together.

No. Not at all. Hopefully this will be the first of many books.

Was it a daunting process?

No, quite the opposite.

Well, you’re not supposed to keep rewriting until you’ve finished it.

That’s what I’ve been doing.

You’ve got to get a first draft before you start editing, and then you edit it mercilessly.

Right. I kind of start it, and then go back and decide that I don’t like any of it. And then I end up rewriting before finishing it. I’ve been told, just get it all out on paper, then go back and edit.

Do you have a publisher yet?

Nope. I’m working with my agent. We haven’t even gone to proposal yet. Hopefully that will be sooner rather than later, but that really depends on me. I’ve got to kind of buckle down. I just ordered a new netbook to see if maybe that would help. It’s like a new toy. You know when a girl buys a new pair of earrings to make herself look pretty? I’m buying a new netbook to see if I can make my writing look better.

It might work if it allows you to go someplace where you can concentrate.

That’s it exactly. I want to be able to write any time I feel the urge. You buy a new pair of sneakers thinking it will motivate you to run. Well I’m buying a new netbook to see if it will motivate me to write. Something new and shiny.

Are there any particular stories people would recognize from your stand-up that you’re working on?

Maybe. I don’t really want to say yet, just because everything’s so still in the works. But there’ll be some themes. If people like my stand-up then they’ll like the book, for sure.
Posted by Unknown at 9:32 AM