Dom Irrera Back in Boston 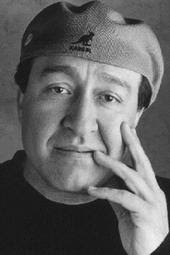 Philly native Dom Irrera has played Boston countless times during his more than thirty years in comedy, most recently and frequently at the Comedy Connection. I’ve spoken with him in the past for the Boston Globe (you can search boston.com), or just walking around mingling at Just For Laughs in Montreal, which he plays regularly. Although he does voice-over work for cartoons and has a day gig with DirectTV, you won’t find a better specimen for an American stand-up comedian, constantly touring and writing. He’s at the Comedy Connection Wilbur Theatre Friday. I asked him a few quick questions by e-mail.

Do you still get people asking for the classic bits even after you released the CD?

Every show. Its good because now I get heckled just with my own bits. I rather they be asking for it then booing me if I did it.

Is there a Greatest Hits: Vol. Two on the way?

Yes, I need one more joke.

Are there any tough rooms for you anymore?

C’mon man I’m not stupid. Do you think I go to a room like that at this point?

Do you enjoy the voice-over work (Barnyard, Hey, Arnold, etc)?

Yes, I do. I’ve been doing it for a long time. I used to do a show called Full Frontal Comedy at night and in the day time I was doing Nickelodeon’s Hey Arnold. It was a fun juxtaposition between night time raunch and daytime innocence. The yin and yang my friend…

How many dates a year do you do? Do you ever get tired of the road?

No... it’s hard to tell. When I’m in New York Philly or Boston it doesn’t feel like I’m on the road. Luckily, I have so many friends in Boston that I come in early so I can have dinner with everybody. Go Boston College!

How did you get the gig for The Supreme Court of Comedy?

Jamie Masada, the man he owns the Improv came up with the original concept. I came up with the idea of having more comedians on the show to represent the plaintiff and the defendant. He pitched it to Direct TV and they liked it.

Do you feel compelled to know anything about the actual laws concerning the cases presented to you to judge?

Yes, somewhat. In certain cases I do. Especially cases regarding exhibitionism.

How can people see it if they don’t have DirectTV?

Tell them to fly Jet Blu. Stop eating so much and spring for DirectTV.

How often have you played Boston?

At least one to three times a year for about 20 years.

Do you remember the first time you played here, and what the venue was?

It was Nick’s. I went on after Don Gavin, Steve Sweeney and Kenny Rogerson. Thank god those guys like me because they are extremely strong acts.

What are the biggest changes you’ve seen in stand-up comedy over the years?

The other comics appear to be getting younger than me. They have such good skin!

What else do you have coming up?

I signed up another year with Barnyard and I’ll be working with the NFL Network in the Fall. We got picked up again by DirecTV and by the way did I mention DirecTV?
Posted by Unknown at 2:49 AM