Bill Burr On the Verge of A Dilemma 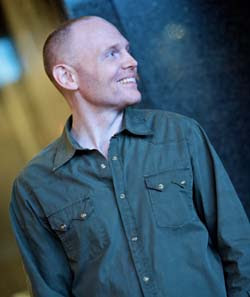 In comedy, no matter how high you climb, there’s almost always another plateau to reach. Take Canton native Bill Burr, who has played to arenas with Opie and Anthony’s Traveling Virus Tour, been a regular on one of TV’s biggest programs in Chappelle’s Show, and headlined some of the bigger clubs in the country.

I spoke with Burr about that in August for the Boston Globe, when his first one-hour special, Why Do I do This?, debuted on Comedy Central. At that point, Burr was looking at trying to produce another new hour of material for another special to be taped sometime this year, and had a pilot for Comedy Central brewing.

Two one-hour specials in a little over two years is a pretty lofty goal for a comic, something Louis C.K. is doing now, and George Carlin used to do regularly, but few others even tried. And while Burr is still on track for that, he takes a bit of a shot at himself for pursuing it.

“I’ve got to admit, I was pretty blown away when I saw how Carlin did a special once every two years for almost 30 years,” he says, speaking by phone from Los Angeles. “I really got inspired by that, yet I also am realizing that he’s him, one of a kind. It’s one of those things like, he did one every two years, I’ve gotta do one every two years, and then I was thinking the other day, why don’t you do one when you’re ready to do one? And not be on one of the all-time geniuses of comedy’s schedule.”

The yet-unnamed pilot is currently under consideration at Comedy Central, and Burr has high hopes for it. “We shot it and they seemed thrilled with it, and now they’re going to show it to a test audience,” says Burr. “And I’m hoping that some guy from Dodge City doesn’t come in there and just go [shouting], ‘I don’t like his shirt.’ And then my dream is over.”

The pilot is a strange mash-up of Burr’s comedy, similar to the regular Monday morning podcasts he posts on his site. There are short videos, set-ups, man-on-the-street interviews, and other elements that Burr has a curious way of describing. “The format’s kind of like the Banana Splits, in a way, you remember that show?” he says. “Remember the whole base of that show was they just went back to a bunch of mascots going down a water slide, and then you watch a cartoon, and you’d come back and they’d be shooting each other with water guns, and then you were on Danger Island. I’m obviously not dressed up like a mascot, but it’s like, there doesn’t have to be this ‘comedian stands in front of crowd…’”

Burr will continue to write stand-up comedy if he gets the pilot, and hopes to have his new hour of material filmed by the end of the year. But he will have far less time to devote to it. It’s a problem a lot of comedians would love to have, but a problem nonetheless, and one Burr is preparing for.

“You can stay real sharp by just continuing to go out, doing guest spots,” he says. “I don’t know, I’ve never had a TV show before, so I don’t know how that works out. But I do know I don’t like bombing, and I don’t like doing old material. I think sometimes when you see that happen to a guy it’s because the person’s not working at it. I don’t plan on doing that.” 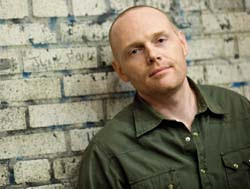 Burr says he has seen comedians do embarrassingly old material, and while he works hard to avoid being that guy, he gets a morose kick out of watching it. “It’s funny watching them, especially if they have some topical material, how they get into it,” he says. “They’ll just start off with basically like a lie. It’s like, ‘People are still talking about O.J. Remember O.J.?’ People aren’t still talking about O.J. You just haven’t written a joke. Or they’re like, ‘Aw, my kid’s crazy, he’s listening to this C+C Music Factory.’ How old’s your kid? Thirty?”

If the Comedy Central show makes it to air and blows up, Burr will be thrilled. But if it doesn’t, he’ll still be a top-notch stand-up comedian, and he won’t be starting back from the beginning. “You take a chance and the next thing you know you’re back in the mailroom,” he says. “Me, if this thing flops, I go back to selling out shows in Boston. No big deal. I just keep rolling along and I’ll come back with another wacky scenario to try to plug me into.”

When he comes to the Wilbur tomorrow, he’ll have a couple of old friends opening for him in Larry Myles and Tony Moschetto. Burr singles veteran Moschetto out for praise, calling him “very original,” and hopes to see him break out soon. “That’s one of those guys, he’s got to get some people behind him,” he says. “I hate this business, because I think he’s fucking great.”
Posted by Unknown at 2:22 PM

Cool. I'm gonna check out more of his stuff. Cheers.

i really dont like how they compare him to louie ck but he is completely better/ does his own shit. i think they are equal, or bill burr is better.... and i love louie ck.

i really dont like how they compare him to louie ck but he is completely better/ does his own shit. i think they are equal, or bill burr is better.... and i love louie ck.