The BC Q&A: Tom Cotter 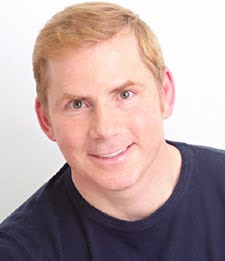 Tom Cotter’s comedy career is officially old enough to drink this year. It was twenty-one years ago that Cotter first ventured into Boston to pursue a comedy career, where he met up with some of the city’s most celebrated comics (including Don Gavin and Steve Sweeney).

Since then, he's been on the Tonight Show, had a show spotlighting his marraige to comic Kerri Louise (who also has Boston roots), and from time to time appears on the Onion New Network.

He’s back at Dick’s Beantown Comedy Vault tonight, a place that Dick’s owner Dick Doherty says Cotter hasn’t headlined since 1991. I took the occasion to as Cotter a few questions about his history with Boston and his stand-up career.

When was the last time you played the Vault?

Before that it was at least 15 years since I had been here.

Do you remember who was on the show with you?

The other folks that were on the show in 2004 were the other contestants. I know Tom Simmons, Daryl Lenox, and Teddy Bergeron, were there.

How often do you get back to Boston to play?

I don't get back to Boston as often as I would like, as I feel so at home here, and I love the whole comedy vibe.

What was your first experience with comedy when you moved to Boston?

My first comedy experience in Boston was twenty-one years ago when I drove up from Providence to audition for the Johnny Walker Comedy Contest. I was humiliated. I fled back to Rhode Island with my tail between my legs and knew that I had a very long way to go. It was extremely humbling, and it lit a bonfire under my ass.

What was it about this scene that made you want to become a comedian?

Seeing the talent level from Boston was terrifying and inspirational at the same time. When you see guys like Don Gavin, Steve Sweeney and Kevin Knox you say "I want to be that funny." I knew that Boston was a comedy Mecca, and I wanted in.

Do you and Kerri have any more comedy projects together in the works?

Kerri and I have a few irons in the fire. We are in talks with some networks (Gameshow Network and a few others). We have these webisodes called the Parent Loft that are put out by Oktane Media, and there are several more in the pipeline. There aren't many married comedy couples out there, so we get calls because we are somewhat of a novelty.

Anything else you're up to people should look out for?

Last week I filmed a Fathers Day special for Comedy Central that will air on the Comedy Central web site starting a week before fathers day and perhaps on the network also. I am doing some more stuff for the Onion this Monday.
Posted by Unknown at 2:32 PM

If you have a sense of humour then check out this comedy video http://www.youtube.com/watch?v=x-0gfdtqOjw

Hi! Would love for you to write a post about the Plymouth Rock Comedy Festival - a weeklong festival coming to Plymouth, MA July 6th-10th!