The BC Q&A: Rich Ceisler 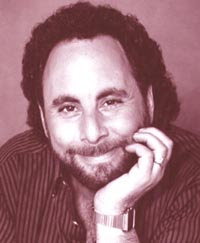 Boston comedy veteran Rich Ceisler headlines Mottley’s Comedy Club tonight and tomorrow, and then heads out to Tommy’s Comedy Lounge on Monday to help an old friend. Ceisler says he is eager to play Mottley’s, a room he has never played, and is happy to help out Tommy’s co-owner Frank Ahearn, who suffered a stroke in December. The Tommy’s show will help him pay the bills as he recovers. Ceisler’s relationship with Ahearn stretches back to the latter’s time at the Comedy Connection more than fifteen years ago.

I spoke with Ceisler about Mottley's and Ahearn by phone earlier this week.

How long have you known Frank?

When did he start with the Connection? It’s got to be ten or fifteen years, something like that. I knew him because, originally Paul Barclay was with the Connection and he wa I think originally hired by Paul Barclay. Always was a great guy, and a great friend, an advocate for the comedy scene. He was just like another peer. It’s different for a manager to be a peer and not a managing authority. He was great friends with Kevin Knox and things like that. He’s just a regular guy. The community, we’re strong with helping each other.

Have you spoken with him since he started recovering?

I have not been able to, because unfortunately, I’ve been traveling. I’ve been speaking to people regularly who speak to him like Paul Barclay and Paula Murphy and there’s this Web site that gives updates on him. I haven’t been able to speak to him yet, but I will, obviously at the benefit. Hopefully he’ll be at the benefit. If not, I’ll go down to where he’s going through rehab afterwards.

What was your reaction when you heard he’d had the stroke?

I was shocked. I was shocked. I had seen him not too long ago, before the stroke. I went to visit him at the restaurant he was managing over in Quincy. Fireflies. I knew tha the was working like a bastard at Fireflies. He was really, I mean, managing, but getting his hands dirty, delivering plates to the tables, setting up, just working really hard. I’m sure the job was three times as hard as running the Connection. I knew his stress level was high, but I was shocked when I heard, you know?

When did you hear about this benefit?

Paula called, Paula Murphy. She called me and then she sent out an e-mail saying she’s going to do a series of them on these Monday nights – who’s available what nights? So I immediately looked at my schedule, I was on a cruise at the time and said, “This Monday, I’m available. So me and Tony and Jim Dunn were the first to respond, and Tom Cotter. And then later on I guess she added Dan Gavin, Steve Sweeney, and Patty Ross.

It’s a high-powered show with a lot of people on it. I can’t imagine we’ll get to do more than ten minutes apiece.

How many of these benefits do you wind up doing for local causes each year?

I’d say about twenty a year.

Do you think that Boston’s unusual in that respect, that so many comedians donate their time?

I don’t think so. I know with Ray Garvey, they were doing benefits in L.A. and Vegas and New York. I think the comedy community I unusual in that we support our own, because we don’t have unions and things like that. So I think just the comedy industry is unusual. I don’t think Boston is that unusual. I think it goes back to the fact that we don’t have a union, we don’t have group insurance unless somebody’s married to somebody with medical family benefits. It’s been hard. We don’t have pensions. I think the combination of that has made everybody support each other.

Are you looking forward to playing Mottley’s this weekend?

Yeah. I’ve never played it. I only walked in once, and I love the set-up of the room. I never even saw a show there, I just walked in before a show and thought, oh my god, if this room fills up, what a great space this is, you know. So I am looking forward to it. Looking for a host, I asked Tim to recommend a comic, and he said, well, what kind of comic. I said as long as they’re a smarter comic, not super high energy and not real dirty, that would go well with my style. He suggested Jon Rineman. I do a lot of stuff with timing, and I don’t work at the typical Boston frenetic pace.

Is there something about the room in particular –

Yeah, it’s intimate. Really, when I walked in, it looked like the perfect room. I’m really curious. Hopefully it’ll fill out. It was set up by a comic. That makes it much better.

What do you think about all the different clubs? I think you’ve worked at every club in that area now.

When I was at Cheers, they were getting a different type of crowd. They were getting more tourists because they’re in Faneuil Hall. I don’t know what Mottley’s draws, but I don’t think they get as many tourists. I think that draws a little bit more on people from Boston. I believe. That’s what I was told. Cheers, because of the name, probably gets more tourists. Which is not bad, it’s just a different kind of crowd. Dick’s, who the hell knows what they get down there. And Nick’s is the worst. Nick’s is the only one I don’t enjoy, because they get this crowd of people who are really waiting for the disco to start. They’re the worst comedy crowd there, I think. For my kind of stuff, anyway.

Do you think the different clubs are set up well?

Yeah. Dick Doherty’s place is small, but it’s small enough that you can do a real experimental, intimate set. And then Mottley’s looks like the perfect room. I really have good things to say about most of the little rooms.

Do you feel like, with all of these little clubs, the scene is healthier, less healthy…

Well, look, it’s not going to be healthy for our pockets. The 80s is gone, when we would make 150 bucks a show and run from show to show and make a good amount of money. Now, the scene is good as far as working out material, but it’s not a lucrative scene, I’ll say that off the bat. That’s why everyone’s trying to do what I’ve been doing for the past fifteen years, twenty years, and play the cruise ships, because the scene is not a lucrative scene. And it was, it used to be.

Are the cruise ships an idea place for comedy?

No. They’re just more lucrative. Some of them , they’re building comedy room s in some of them. They’re getting better. But they just pay better. Pure and simple economics. You can’t have a house and a family and have four hundred dollar weekends, and that’s your week.
Posted by Unknown at 10:37 AM