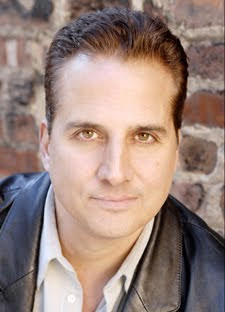 Danvers native Nick Di Paolo is back in town tomorrow, and he’s bringing former Boston comic Joe List with him. Di Paolo is playing the Hard Rock Café, with Dan Crohn hosting and producing (he also produced the Doug Stanhope show there in May). Di Paolo was a regular part of Colin Quinn’s Tough Crowd, a show that featured comedians busting each other’s chops and speaking off the cuff. Di Paolo was one of the few comics commenting from a conservative standpoint, and with a Democrat in the White House again, Di Paolo says the political quotient in his act is rising. I spoke with him by phone earlier this week.

I’m hanging in there. Making a living, traveling the country.

Are you concentrating mostly on stand-up and touring right now?

Right now, yeah. I’ve got a few things in the works that I’m supposed to keep close to my vest because it’s new technology. Radio/Internet stuff. A blog/radio thing. It’s with some pretty big names in radio here in New York.

I thought you were going to tell me you were doing comedy as a hologram on CNN.

That’s it, dammit. How’d you hear that? You know, what’s funny is, I am going to be doing Joy Behar’s new show on Headline News. HLN. Her show’s premiering September 29th, it’s an hour talk show, political, a roundtable. I’m scheduled to be on there October 8th.

She’s always been really good to comics, regardless of whether she makes you laugh or not.

Yeah. I knew Joy years ago before she got kind of famous. I went to audition a couple of weeks ago and it was great. It was at a conference table, and there were a bunch of people around there, and they were filming it. And it was me and this black comic from Boston, you probably know. He’s got like an African name. He’s a young kid. He’s Harvard educated.

Yeah. Baratunde. It was me, him, and another kid from Boston who writes for, what paper was it? But it was a good mix. I went in there and my Tough Crowd training really [kicked in]. They were like, nervous and I was like, let’s get this over with. I was really loose and I was cracking up everyone at the table and I was taking shots at Joy and she was laughing. And I said, if they don’t make me a regular on this…. Anyway, they did call and they said they want me on October 8th with Arianna Huffington.

I suppose you’re looking forward to that.

Yeah. I go, can we get a translator, ‘cause she sounds just like Zsa Zsa Gabor to me. “I’m telling you, darling, the Republicans are…” That’ll be interesting. I’m doing that and then Dennis Miller, the radio show called and they want me to do his show on October 1st. I got things in the mix here.

Are you looking to do more stuff with a political bent?

Uh… yeah, actually. I try to be relevant with my comedy and it’s pretty interesting times, you know? There’s nobody on the right as far as… [clears throat]. I’d like to get back on the radio. But it’s a tough market to crack in New York. It’s just hard, when you come from the right and you’re a comic, stuff that I go after is stuff that’s been deemed politically correct by everybody. It’s almost taboo, if I point out, like when The Daily Show, and again, I always bring them up, when they’re going after white Republicans, okay, I understand that. But if I want to make fun of the president or Michelle Obama or Charlie Rangel, even conservatives won’t laugh out loud and be called a racist. That’s why you don’t see real conservative comedy. All the shit is taboo.

Do you feel like you’ve jobs because of that or missed out on opportunities?

I don’t know. I can’t say definitely, but you’ve got to admit, the business I’m in, the people who run it don’t think like I do. So I’m sure that’s come into play but that’s like when Obama says, “Do you know how many jobs we’ve saved?” How do you count that?

The thing about your political stuff, it never seems to be personal, beyond the chops-busting level, and regardless of whether you’re coming from the right, you’ve never seemed like a big talking points guy to me.

Yeah. Well, it depends. I’m doing WABC radio this Sunday from four to six, which is the big, that’s the one all the heavy hitters are on. And I did it a couple of months ago. They’re audition people to fill like a four to six slot on the weekend. When I did audition a couple of months ago, I was kind of a talking points guy, but it’s funny, her note was she wanted me to be funnier, the program director. I was hitting on all the talking points. I guess that was too serious for her.

How big a part is politics in your act?

In my stand-up? Right now, it’s more than it’s ever been. Just because, Obama, it’s amazing what’s going on. It’s crazy, whether you like what this administration is doing or not. It makes great Sunday morning television and I love picking up the newspaper, and I did get that opinion from Tough Crowd of wearing my right-wing opinions on my sleeve.

Nobody’s carrying the baton for the right side. It’s not real deep-cutting. Some of it is, when I talk about the torture memos, Michelle Obama being more muscular than I am. Right now there’s a nice chunk in there, but it’s not all I do. Like I said, I don’t see a future in it. The people who call the shots in this business are the same people who love Bill Maher, and they’re not going to put me on HBO, are they?

Do you know Bill Maher?

Why would I, and I said this to my agent, why would you as a conservative go on that show? Even if you made great jokes, the whole audience is just going to sit on their hands. And it’s just going to play to dead silence, you’re going to look like an asshole. If he didn’t have a large studio audience I’d go on there.

How did you hook up with Dan Crohn for this show?

He seems to be your connection back to Boston these days.

Exactly. By the way, Joe List, we were just in Milwaukee a couple of weeks ago, and the whole time we were in Milwaukee, he kept bragging how he’s got tickets to the Monday night game against the Buffalo Bills. That’s all he’s bragging about, right? Well come Monday morning, my phone starts beeping. It’s a text message from Joe List saying I’m in the hospital, I have to have my appendix removed in a couple of hours. He missed the game. He probably missed the most exciting game of the year. So I guess he knows Dan, and Dan knows me. And I said sure. I like the idea of it not being at a comedy club venue.
Posted by Unknown at 3:51 PM