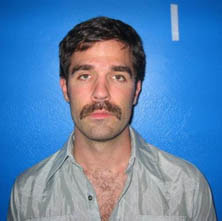 When Rob Delaney left Marblehead to go to New York University, he thought he might want to be an actor. But by the time he got out to Los Angeles after graduation, he’d realized, as he told me last year, that he “enjoyed saying things that I thought of myself more than things that came out of a script or somebody else’s brain.” Ever since, he’s been doing stand-up – he’s at the Calderwood Pavilion for two shows tonight – improv, and acting, and even singing the national anthem at the occasional Dodgers or Red Sox game. He also shot a short film with his old NYU buddies, Nate Pommer and Andy Samberg, which you can now see here.

I spoke with him by phone a week ago to see what he’s up to now, and mainly, he’s working on things he can’t talk about, except to say he has taped a pilot for TBS. There are other things he is sworn to secrecy about, but if you ask him all nice like tonight, he may give you a hint.

When you came up here last, in February and July, both shows were sold out or close to it?

Considering you’re from Boston but didn’t really start comedy here, how did they sell out? Have people seen you online, or do have roots here of a lot of family of friends and comics that knew about you?

Yeah. I was in Boston from age zero to eighteen and then I go back at least a couple of times each year, so I know a lot of people. Certainly, a good percentage of the audience is people I knew personally. And as a comedian who’s not wildly famous, I have to work very, very hard to sell tickets, so I promote myself online and through every available opportunity just to try to drum up interest. There was a healthy ratio of people who I didn’t know personally at the shows, not necessarily because I’m funny, but because I sweat to get butts in seats, as it were.

When you come up those couple of times a year, do you come up and perform usually, do you drop by the Comedy Studio and such, or do you just come up to visit family?

A visit to Boston without a trip to the Comedy Studio is something I try to never do. I love performing there. So every time I’m back for more than five minutes, I do a set. I won’t this time, because I’m literally going to be in Boston for about thirty-two hours. Then I go down to New York to do a bunch of shows.

Are you going to get a chance to come back to Fenway to sing the national anthem this year?

I don’t know yet. It’s not odd that I wouldn’t know by now because the schedules are always shifting and stuff. I also do it for the Dodgers out here, and they change on a dime. They’ll call and be like, can you do it this week?

How are people reacting to the Manny news down there?

It’s funny because it coincided beautifully with a big billboard campaign. There were signs that went up quite literally the day before that covered the sides of huge buildings in LA that said “Mannywood.” Now they have to be amended to say “Manny would… stick a needle in his arm.” Oh, I guess his dick, right, because I think it was a Viagra type thing, like an erection supplement, I believe he’s saying.

Personally, I was just happy that it happened in LA and not in Boston – I like the Dodgers – but because they’re the closest team, they have lots of former Red Sox, they allow me to voice my support for the gentleman that is Joe Torre.

So I have to ask you about one of your credits on IMDB for Wild Girls Gone? It says you play “Whipped Cream Ass Man?”

That’s very funny. That is a film that the original Upright Citizens Brigade members made about five years ago and I played several roles in the film, none of them were main characters though. So when they asked me what I wanted to be called, I just said “Whipped Cream Ass Man” would be fine. Because there is a scene where Amy Poehler squirted whipped cream all over my naked ass. And then a cop ate it off my ass. So that’s what I decided he should be called, “Whipped Cream Ass Man.”

Well, I’m sure anyone reading that description will run right out to the video store and grab that.

Yeah, they’ll wanna own that. My understanding is that’s in DVD purgatory. I only recently got paid for that, so I think that means that they actually are going to release it. And they recently had screenings of it in LA and New York. And that was fun because that film was wholly improvised, 100 percent. So it was pretty fun to do.

What is the general plot of it?

There was a fundamentalist Christian town in Florida that was declaring war on wild spring breakers. It sort of adhered to a sort of Footloose style story template.

Is the Web site the final destination for Nature of the Beast?

I think so, yeah. That had its festival run and won some awards, and now it’s on the Web site. The guy who wrote and directed that, Nate Pommer, is a super-talented guy, so that’ll probably be an extra feature on the DVD of his first feature film, is my guess. He and Andy Samberg and I all went to NYU together.

Do you think you’ll work together again as a trio?

It wasn’t the first time – we’ve all done each others’ shorts and stuff in college. And so, it could happen. We certainly all stay in touch. That day could come again.

Last time we spoke, I think you were working on a movie of your own you were pitching around.

Yeah, might have been – I wonder if it was a TV show. I still actively am trying to sell television shows. I just acted in a pilot for TBS, which we should actually be finding out this week or next if it gets picked up. I did not write that, however.

Any new commercials we should watch out for?

Commercials, let’s see. One thing that was popular out here, and I don’t know if anyone cared about it outside of the world of Hollywood, but you remember when Christian Bale had that big meltdown? I made a video of that, posing as a Warner Brothers PR executive. And it actually got hundreds of thousands of vies on YouTube, and Christian Bale himself saw it and enjoyed it. Vice presidents at Warner Brothers were contacting me about it, telling me that they fantasized about being able to say the things that I said. That was a fun one. It’s funny, because I’m sort of in the stage now where I’m on the cusp of all these things. A snapshot of me right now is doing lots of live dates around the country, because stand-up is – the other stuff is just fun, gravy. Stand-up is what I naturally enjoy. I mean, like the clichéd person who does stand-up and says it’s their favorite thing to do, I’m no different than that.

Did that get you any closer to anyone at Warner Brothers, to maybe grease the wheels next time you have a project you’re pitching there?

It’s funny. My guess is, probably. Because every time I go into ABC or NBC for auditions, people there are like, “Hey, Warner Brothers guy!” Yeah. It’s funny, because the people who wrote me from Warner Brothers are like, “I’m vice president of legal affairs, and I loved it!” I’m glad you loved it, but why don’t you send it to head of casting or show development, you know?

Yeah. I hang out with a lot of people from Chicago. The Chicago scene out here is insane. Boston? I’m trying to think. I’m like a workaholic/hermit and I’m married, so I hang out with my wife a lot. I have a garden, and we ran a half-marathon last weekend. I’m kind of one of those people, I don’t go to the clubs to hang out, I go to do a set and leave.

I did a show with Bill Burr recently, and we had fun. He’s a great guy and an amazing comic.

The Walsh Brothers are out there, and Brendan Small.

Yeah, I forget, the brilliant Walsh Brothers. They’re the best ever. They’ve been such a shot in the arm to Los Angeles. If you can somehow say, Rob Delaney loves the Walsh Brothers, that’s the quote for them.

When I did the show with Bill Burr the other night, he went up, and then the mic broke right after him. So I had to go up right after Bill Burr, who crushed, and do a set without a mic. So basically I just strolled around the place and told one joke to each table. So I just kind of was like a wandering joke minstrel asshole.

When I do live stuff, I will very frequently leave the stage and go out and be among the people and touch them. I ate some lady’s pizza the other night in a club in Hollywood while I was doing my set. She didn’t like it, but the audience thought it was wonderful.
Posted by Unknown at 1:49 PM