It’s the third Thursday in April, which means tonight is the third edition of FunnyGrownHere.com Presents… Discount Variety at the CinemaSalem Café (One East India Square, 8:30PM). The weather’s nice, the commuter rail is running, and there’s no excuse not to come out to see piano songstress Liz DeBiase and comedian Maria Ciampa, who will also bring a few shorts for our video segment. 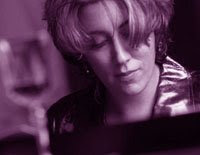 BIO: "Liz DeBiase is a talented singer-songwriter whose music is both spirited and complex. Propelled by her mesmerizing piano riffs, DeBiase's sweet, lilting voice carries these songs to a higher plane. Sensual, sweet, dark, haunting, melancholy...take your pick DeBiase covers all of the bases on Loop and more. If your looking for one of Boston's finest up and coming songstresses, look no further, Liz DeBiase has arrived."
--- Doug Sloane(Metronome Magazine-Boston, MA

The Kendall Cafe (I miss it so), The Burren, The Middle East, & Les Zygomates (great piano).

Tina Fey and the cast of 30 Rock, Dave Chappelle and my old high school peer...Tammy Pescatelli. 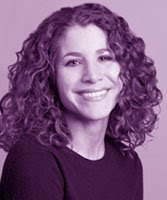 BIO: Maria Ciampa has been writing, performing, and directing comedy since 2002. An alumna of Boston’s Improv Asylum’s Mainstage, She is producing the 2009 ImprovBoston Women In Comedy Festival, happening May 13 -16, 2009, and was a featured stand up comedian at the 2009 North Carolina Comedy Arts Festival. Maria is also teaching yoga, writing a book, and editing a series of comedy shorts called "Interviews With My Husband", all the while wondering who coined the phrase "coined the phrase".

Comedy Studio, Mottley's, and anywhere there are people who like laughing, like nursing homes and the companies I temp at.

Locally, right now I'm listening to a lot of DJ / producer Justin Carr, and when my sister Elena Ciampa does any kids music shows in Northampton, I try to make that before they sell out, those kids are vicious with the ticket sales. Favorite musicians of all time are Bjork, Tribe Called Quest, and Orbital. I just bought the new Feist album with all the dirty electro remixes on iTunes and I listened to that on a loop many times. I'm also into all the new folky types, like Ingrid Michaelson, William Fitzsimmons, and Cary Brothers - I like how they are getting techy remixes to their calm stuff too. It's a nice mix of the two worlds.

That's gotta be a tie between my first ever concert in 1986, which was the Indigo Girls at St. Anselm's College in NH where my sister Elena was attending, and DJ Justin Carr at a Kingsize event, I think at Roxy/Underbar a few months ago. But I also love it when my sister Sarah sings along to "Hit Me With Your Best Shot" when she plays guitar hero. Her whammy bar usage and dance moves are through the roof.
Posted by Unknown at 12:23 PM