The BC Q&A: Carole Montgomery 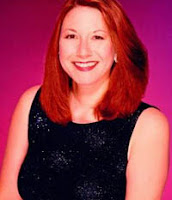 Carole Montgomery has played just about everywhere a comic can play, and appeared on just about every TV show, from Comedy Central to the Travel Channel, that has ever hosted a comedian. She’s done Vegas revues, one-woman shows, and co-produces the New York Underground Comedy Festival. And somehow she found time to be on the local PTA (and wrote a show about it).

But other than an appearance at the Boston Comedy Festival a few years ago, she hasn’t gotten to Boston much. She’ll change that Friday and Saturday when she plays Mottley’s Comedy Club. I caught up with her by e-mail this week.

Is there anywhere you haven’t worked? Your bio lists Guam.

Actually I am going back to Guam as part of the NY Underground Comedy Festival Allstars show that we take overseas to the troops. This tour I will be going to Singapore, Marshall Islands, along with Diego Garcia, a remote island in the Indian Ocean. I would love to play England, Ireland and Scotland. From what I hear, it's much like the states were for comedy in the early 90's.

You’ve done a lot of TV spots – have the shows changed much over the years? I feel like the TV landscape changes a lot, but when you look at comedians doing guest spots on TV, the dynamic has remained fairly consistent.

You can get much more risqué than when I first did TV. Hell you couldn't get away with sexual innuendo but now it's all over stand-up TV spots.

How do you approach family material, a theme that has been so well mined, with a fresh perspective?

My whole act has always been about my life, whether I was single, dating, married or being a mom. It's always truthful which is why so many people can relate to it.

Are you still on the PTA? Do the other members know you’re a comedian?

No more PTA for me. My son Layne is actually in his first year of college. But yes, the members knew what I was doing. At the time I was starring in Crazy Girls at the Riviera Hotel in Vegas, which was a burlesque topless type of show.

Outside of the Boston Comedy Festival, have you played Boston much before? Any gigs that stand out?

I filmed a Comedy on the Road here once. Love to play here, don't come here as often as I should.

If you had to give a mission statement for the NY Underground Comedy Festival, what would it be?

Furthering the act of stand-up comedy.

Do you feel there’s a separation between you as a performer and you as a festival producer?

Not really, I'm a very down to earth, no bullshit person both as a performer and producer and people know that.

Do you know a lot of Boston comics from the NY Fest?

I love Jessie Baade who is opening for me. Jim McCue I know from the Boston Festival. Dave Russo I know from Vegas. Patty Ross is a dear old friend. And Lenny Clarke and I go back along time.

Any chance your son Layne will follow you into comedy?

God I hope not! But then again, he has a lot of creative genes in him from both me and his dad, who knows?

Any new projects on the horizon?

The thing I am working really hard to get known is my persona as National Mom. Since my son has flown the coop so to speak, I'm not ready to stop mothering so I figure I could start taking care of the country. Starting with our boys and girls in the military. I also just did a fill in co-hosting gig on NJ 101.5 radio and really want to explore maybe getting my own radio show, most likely as National Mom. I like to say I'm fixing the country one joke at a time.
Posted by Unknown at 3:17 PM

love Carole! thanks for sharing