Mitch Stinson takes over Mondays at the Vault 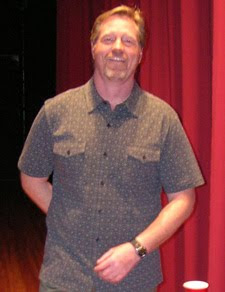 Mitch Stinson has some big shoes to fill taking over as the Monday night host at Dick's Beantown Comedy Vault. Stinson was today officially named to replace Kevin Knox, the beloved local veteran comic who died of cancer in November. Stinson plans to hit the streets and try to drum up a following for his version of the show. Mondays will continue to feature a showcase style show, and Stinson plans to emphasize his fellow comics as much as possible.

"The major difference I plan for Monday nights is that Kevin Knox was the true star of any show," he says, "I plan on making the Boston comedy scene the star of this show. I hope to attract the area's best comediens to put on a quality entertainment experience for Monday nights."

Stinson made the transition from Navy aviator to comedian in 2002, believing he had found his true calling. "I loved my time in the Navy but I always look for new challenges. To be honest with you, I can't think of anything more challenging than being a successful stand-up comedien."

For a few clips of Stinson's work, check out his "Jokes" page on MitchStinson.com.
Posted by Unknown at 5:47 PM

OH, I'm going to have to come up from Georgia to see this!!
Good luck my friend, you deserve it!!