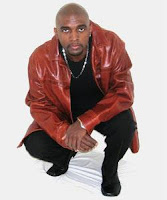 Every month, we here at Boston Comedy ask the CIR the same questions, as devised by my idol, Bernard P. Coltrane.

For September, we have Corey Manning, whom I first saw perform sketch with Chris Tabb, his sometime partner in the Dynamic Duo of comedy. Manning and Tabb used to host Big Funny Sundays together at the Emerald Isle in Dorchester a few years back, and occasionally still perform as a duo.

The North Carolina native worked every room he could get into when he first came to Boston, and hosted a show at Dick’s Beantown Comedy Vault. Since then, he has written a one-man show and been featured at Jamie Foxx’s Laffapalooza.

It depends on what one considers it to be validation that you are a comedian. If you accept command performances in a principles office as credentials, then since I was 6 years old. If you're looking for a comedian who is generating enough income to live comfortably, I'm still not there yet. But for me, I became a valid comedian when I began to take it seriously, which was December of 2001. That's when I performed at the old Comedy Connection of Boston for first time. I then began seeking out The Comedy Studio, Black Comedy Explosion, Nick's Comedy Stop, The Emerald Isle, etc.

When I first started doing comedy in Boston, I would go to The Comedy Studio religiously 3-4 times a week. More so to watch and learn, rather than to just perform. But, between superhero work during the day: I facilitate workshops for youth/adults, and I work as a Prevention Specialist for FCD (Freedom From Chemical Dependency); personal and family responsibilities: just got married in July, road gigs and other local comedy gigs, it got to a point where making it to The Studio became a luxury. So now, I'd say 2-3 times a month, if I'm lucky.

Wow... It would be easier for me to give you the one club I don't play, and why, but I don't wanna be a d*. I co-host Big Funny Sunday, the last Sunday of each month at the Stadium in South Boston. This is the most consistent place I currently perform in Boston. Lately I have been on the road. I have been blessed with opportunities, and have the willingness and the temperament to perform at different venues, with very diverse ranges of audiences: white, black, mixed, southeast asian, cape verdian, west indian, seniors, children, disabled, bikers, gang bangers, corporate, faith based, NAAACP, and the KKK (they didn't have on white sheets, but you could tell.) You name it, I've performed for them.

While some comics may stick to a venue/audience that they are most comfortable with, I am open to situations that will force me to grow as a comedian and a person. Plus, being a comedian who is black, I can't afford/don't have that luxury.

I play about 10 - 20 gigs a month. I'm to a point in my comedic career where I'm working almost every weekend.

So here's the plan... On Wednesday and Sundays I'm going to riff: just walk on stage, grab the mic and see what happens, or try something crazy like playing a harmonic, or facilitate a 5 minute workshop. Thursdays I will work on new material. Fridays and Saturdays, I will tighten up or develop my short audition set. That's the plan, but I'm ADHD, so it will most likely change.

My expectation is to be funnier by the end of September. If you're reading this article/blog/interview, come to a show at The Comedy Studio. I'd like to get your feed back on my performance. I value it, no matter who you are, or what your affiliation to comedy is. Lastly, I want to improve and become a better comedian, superhero, and person.
Posted by Unknown at 3:00 AM